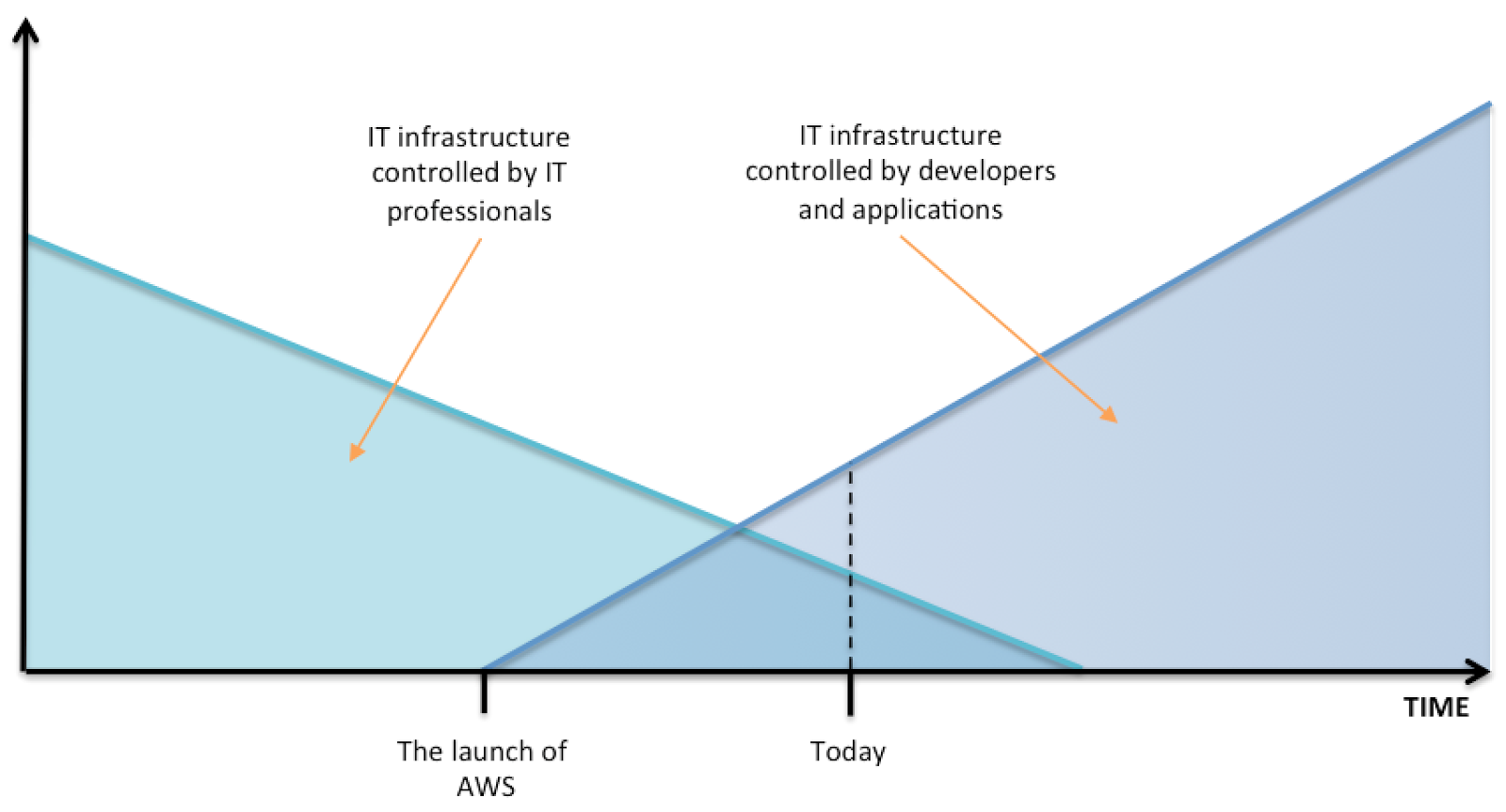 It has been a while since my last blog. My new engagement with Flexiant is keeping myself so busy with customers that I have plenty of reasons to think a lot but not enough time to write what I’m thinking about. Customers are indeed one the most interesting sources for people like me who always try to identify common patterns in behaviour and decisions (that are the “technology trends”, this blog’s previous title).

Yesterday, James Urquhart (@jamesurquhart) wrote about “traditional IT buyers” versus “developers” consuming cloud services, with reference to the different strategical approach taken by VMware in its vCloud Hybrid Service proposition. Just the fact that we have to word “traditional” while speaking about one of the most innovative sector of our industry, says it all about what will be the winning approach between the two.

Indeed, I concur with James when he says that VMware’s strategy will be successful in the next few years but will likely fail on the long term. Following his brilliant observations, I still feel like adding something more for all those companies who are trying (or who want) to intercept some cloud computing business by running after enterprise IT departments.

The IT infrastructure demand

First off, IT departments don’t want to get to the cloud. This is known and has been said enough, mainly due to their self-preservation instinct. But they also can’t resist this revolution. So they’re interpreting the cloud opportunity just as the shift of their data centre location, demanding the exact toolset they’ve been using in their on-premises deployment. At the other side, service providers are trying to listen to those customers and give them what they are asking for. Usually, nothing gets real because the offer hardly meets the demand, mainly due to the actual unwillingness of the IT crowd to outsource data centre control. And even if all their requirements seem to reveal the existence of a real market opportunity, I believe they’re actually driving a false demand.

Let’s take a look at the chart below. It’s far from being accurate as it’s not based on real numbers. Lines are straight as I simply wanted to help visualising the trend of what I think it’s happening.

Today we’re at that point in time where those two areas overlap, meaning that while there is still demand of infrastructure by IT departments, it is showing a declining pattern. According to James, VMware is really going to win the biggest slice of that declining green area but will fall short because the green area is going to disappear. And most service providers who are evolving from their colo/hosting business really seem to run after the same green demand, fighting for a shrinking market, while others are just making billions thanks to developers and their applications. And we hear traditional (ah! This word again) service providers calling that type demand simply “test and dev”?

Test and dev or software-consumable infrastructure?

We really need to move away from thinking the Amazon cloud is good for test and dev and not for production. So many times I heard the objection from providers that Amazon is just for developers because of they lack of built-in HA in the infrastructure. Needless to remind how many transaction-sensitive companies are making billions on that cloud.

People who say that are actually missing the point. Developers like and use the Amazon cloud because it is software-consumable. Because their applications can spin up a server to handle extra capacity at the same way they handle their core business logic. Also, they can handle infrastructure failure by replicating data-stores, maybe in different geographic sites, and managing failover in case of outage of the underlying infrastructure. This is the real potential of IaaS and not just the OPEX vs CAPEX scenario, not only the commoditisation of computing and storage resources, but the ability to fully automate the infrastructure provisioning and configuration as part of any application business logic.

Build and launch your developer cloud

Now that we know what developers like about the cloud, should we forecast enterprise developers stop deploying applications on-premises and finally do that in the cloud, thus becoming part of the blue demand? That’s what many people may think, but then, I’ve come across this from James Urquhart again:

I was asked to speak at the Insight Integrated Systems Real Cloud Summit in Long Beach, Calif. […] The RealCloud audience was primarily medium size businesses (between 500 and 10,000 employees), and I jumped at the chance to meet a segment of the IT industry with which I rarely interact.

About half way through my talk […] I came to a point I thought was very important to most software developers. On a whim, I asked this audience how many of them saw custom software development as a key part of their IT strategy. I expected about half the room of 100 or so to respond positively.

One hand went up at the back of the room. (It turns out that was someone from NASA’s Jet Propulsion Laboratory. Well, duh.)

Boom. Any discussion about why developers were bypassing IT to gain agility in addressing new models was immaterial here. The idea that Infrastructure as a Service and Platform as a Service were going to change the way software was going to be built and delivered just didn’t directly apply to these guys.

I believe enterprises will eventually move from in-house hosted packaged software directly to consuming SaaS without passing through intermediate steps, like running the same packaged software in some “enterprise” or “IT” IaaS clouds. Everyone’s waiting for enterprises to start moving their workload, but eventually they will make a big jump all at once. Maybe even without letting their IT departments contribute to that choice (as it’s mainly a business decision).

In the end, if you’re a service provider who aims at finally getting the enterprise workload to the cloud, you’d probably better focus on standing up a software-consumable cloud (a.k.a. “developer cloud”) and go after all those SaaS companies, small and big, to get your slice of the real cloud market. Stop thinking your HA cloud is better than “test and dev” clouds (like Amazon?) and stop discarding the web-scale companies (as SaaS companies are sometimes referred to) from your target market but give them the importance they deserve. If you don’t do that, one day, you may lose the entire enterprise IT business at once.